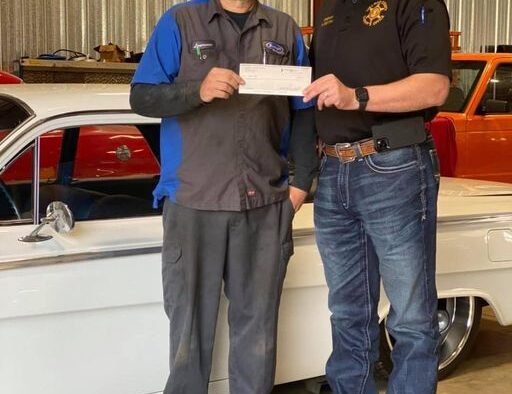 Sheriff Matt Gentry proudly presented Hanceville resident Lawrence Baker with a check for the Sheriff’s Office portion of the reward on Monday, March 22. The US Marshal Service originally offered a $5,000 reward for the escaped inmate Leo Chavez. Sheriff Gentry agreed to match this reward with an additional $5,000.

Mr. Baker detained Chavez this past Friday until law enforcement arrived.
Thank you to Mr. Baker and to all the citizens for all their assistance and for their continued support.