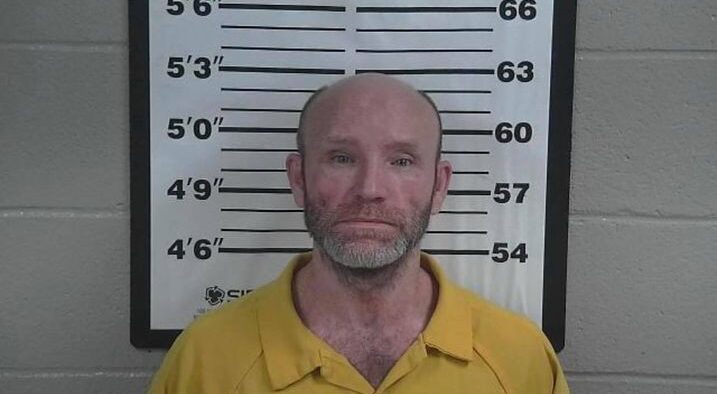 Cullman County District Attorney Wilson Blaylock announces that Nathan Winston Stephens was found guilty today after a one-day jury trial in the Cullman County Circuit Court for failing to register with local law enforcement as a sex offender in violation of the Sex Offender Registration and Notification Act.
“The mass release of criminals from our prison system is jeopardizing our safety and Nathan Stephens is a prime example of the defects in the so-called ‘prison reform’ laws being passed by our state leaders in Montgomery,” said District Attorney Blaylock. “Within two days after being released – early – from prison on a Marshall County conviction, Stephens was wanted as a suspect in the murder of Herndon Self. He also failed to register with law enforcement as a sex offender within three business days. After consulting with Self’s son, my office decided to prosecute this sex offender registration case first because Stephens is looking at a maximum imprisonment of 99 years or life due to his habitual felony offender status. Our office will ask that the judge impose the maximum punishment for this conviction at Stephens’ sentencing hearing on December 16, 2021. We will vigorously proceed with the prosecution of Stephen’s murder indictment and bring further justice for the Self family.”
In this case, the jury heard testimony from a prison official and law enforcement officers that Stephens was released from prison on September 10, 2020, and that Stephens failed to register with local law enforcement within three business days as required under the Sex Offender Registration and Notification Act.
Due to the Rules of Evidence and the laws of the Alabama, the jury was prohibited from hearing that Stephens was sent to prison for a felony conviction in Marshall County on a ten-year sentence in 2017. His original minimum release date for the Marshall County conviction was September 10, 2021; however, due to a law implemented by the state legislature, Stephens was released one year prior on September 10, 2020. The jury was also prohibited from hearing that Stephens was wanted as a suspect for the stabbing death of Herndon Self. Stephens was able to evade arrest on the murder charge and sex offender violation for one month until he was apprehended in Georgia. The murder case remains pending, and Stephens faces a maximum punishment of either life or life with the possibility of parole if convicted.
The case was prosecuted by Assistant District Attorneys Jeremy Cline and Matthew Kimbrough of the District Attorney’s Office. The sex offender violation case was investigated Cullman County Sheriff’s Office and the murder case was investigated by the Cullman Police Department.
**As for the pending murder indictment against Stephens, the law requires prosecutors to make the following disclosure: Any indication of an indictment does not mean the individual identified has been convicted of a crime. All persons indicted are innocent until proven guilty in a court of law.